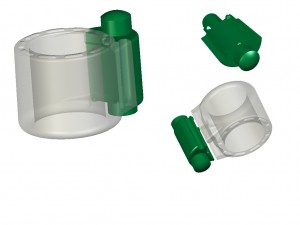 What you need to know about the new combi-ring.

For decades we have used the plexi-coated aluminium life rings in England to mark our pigeons. This model was the successor of the all-aluminium engraved rings. It was a worthy replacement that has proved its reliability for years. No one ever thought this would change.
The same was believed for the method of registration. The race rubbers and clocks have been used for as long as we can remember. Last year however the electronic timing systems were introduced. Even though it is well spread in other traditional pigeon racing countries such as Belgium and the Netherlands, it was a true revolution in British pigeon racing. This change lead to a new view on the life ring. The pigeon now has 2 solid rings, one on each leg: the life ring and the chip ring. This is a burden, that must not be underestimated. It would be better, if we could avoid this inconvenience.
Some astute people at the companies Haspeslagh (manufacturer of life rings), Motz (Tipes) and Deister (Unikon) and the Fédération Colombophile Internationale (F.C.I.) sat down together to tackle this issue and came up with the combi-ring. As the name indicates, this is the combination of the traditional life ring and the chip ring. Until now it is the only ring of its kind that is compliant with the F.C.I. standards.
The Dutch Pigeon Fanciers Organisation (N.P.O.) took the lead in the introduction of this new life ring. They were the first to launch the ring in the 2009 season. Let’s be honest, there were a few teething troubles, but the people at Haspeslagh found the solution in a new raw material. That material was thoroughly tested and was found resistant to shocks, changes in temperature and in tension. The material was used straight away in the production of the 2010 combi-rings to guarantee its strength.
With this guarantee in hand, the R.P.R.A. decided to join the club of federations using the combi-ring. That way making a giant leap forward in the technological advances of pigeon racing in 2 years. The reason the R.P.R.A. chose this model instead of other available models is, as we mentioned before, because the combi-ring is the only ring the meets the standards of the F.C.I., it has an aluminium core that prevents fraud by widening the rings.
Another advantage of the combi-ring is that the compatible chips are developed by esteemed and reputable chip manufacturers with a well establish know-how in pigeon racing, i.e. Unikon and Tipes. This not only means the rings are made by reliable manufacturers, but is also allows a healthy competition between the chip suppliers. This not only benefits the fanciers through competitive prices, but also the pigeon sports as a whole through technological innovations.
Even though the combi-ring is a technologically advanced ring, it still looks similar to the traditional life ring we have known for years. It still has a plastic coated aluminium core, but it has been enhanced with two legs to attach the ETS chip. If the fancier decides to race the bird, he simply clicks the chip in between the brackets and it is fixed for the season. It is recommend to leave the chip attached to the combi-ring for safe keeping. In the loft, during transport or during the flight, the chip can remain clipped to the ring. If the pigeon no longer races, the chip can be removed to be used on another bird.
The combination chip/ring forms an aerodynamic whole, on top of that it leaves one leg free, creating a substantial advantage. However, the fancier can also opt to provide the available leg with an address ring. That enables an honest finder to contact the rightful owner of a stray pigeon more easily.
At the moment there are two official suppliers of chips that fit the combi-ring: Unikon and Tipes. Next to these two there are other systems that provide a chip that fits between the legs, these function as well, but reliability of the attachment between the legs can not be guaranteed.
The chips function the same way as the old chip rings, the only difference is in the chip that is clicked on the life ring instead of on the second leg of the pigeon. This means the fancier will find there is no substantial difference in the way he experiences the sport. He can still rely on his newly purchased ETS system and chips and on top of that he can be sure the competing pigeons are still equipped with a fraud resistant ring; which should be self-evident. Of course traditional rubbers and chips rings, can still be used as well.
The introduction of the new combi-ring can be summarized as follows: “The battle is fought fairly in the sky by less burdened, winged athletes.” 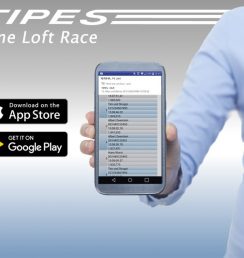 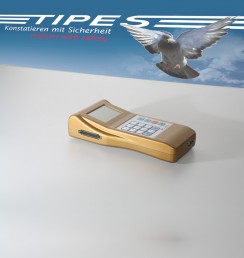 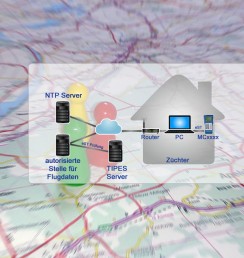 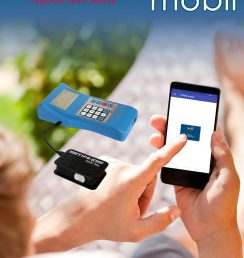